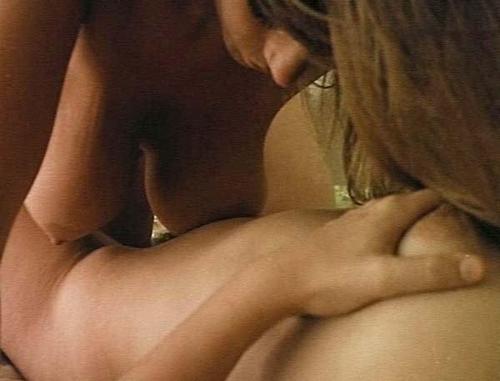 Want to have better sex?

The answer is simple: be more in the moment.

The fact of the matter is that many of us are not all that present during sex. We’re in the room sure, but we often have our mind on other things. Perhaps we’re still thinking a bit about work. Perhaps we’re worrying about the fact that we need the toilet. Or perhaps we’re thinking about what move we’re going to pull off next or whether or not our partner is enjoying themselves. In other words, we’re either distracted, or we second guess ourselves and make ‘plans’.

And planned sex is just about as sexy as it sounds.

This then actually prevents you from enjoying the sex as much as you should. That’s because you won’t be able to feel the sensations as intensely as you would if you were entirely focussed. You’re also more likely to be worried about the sex and thinking about things that could go wrong. And it will feel somewhat forced.

Think about this a bit like a conversation. When you’re ‘in flow’ and having a great conversation, you don’t really think about what you’re going to say next, instead, you just respond to what the last person says and you act almost on instinct.
When you suddenly realize you have something funny to say, or a story that will make you look good and you try to steer the conversation in that direction, that’s when it becomes stilted and awkward and people want to leave.

It’s the same with sex.

If you ask yourself what the next thing you should do during sex is, you will find that it doesn’t go down well. Women don’t like being thrown around without warning and if you keep biting her bottom lip… well that’s annoying.

But those same things can be very sexy. It’s just that they’re only sexy when they happen in the moment and in a spontaneous manner. This isn’t a job for your conscious brain but rather your unconscious self – the part of you that is completely animalistic.
So, the next time you’re about to have sex, try to forget everything else. Don’t put pressure on yourself to have a good time either or to make it great for her. Don’t try to be clever.

Instead, just focus on the sensations. Feel their skin against yourself. Feel their breath in your ear and smell their perfume. You’ll find that the sensations are far more intense as a result and your body will know what to do from there…

The EGAFD is the premier resource on the topic of European sex shop, sex toys and other adult products.

This web site contains sexually explicit material and should only be accessed by individuals who are of legal age to view such content, as determined by the local and national laws of the region in which they reside.

Visiting EGAFD via the 'Enter' link below will constitute your agreement to the following terms and conditions:

If you feel that you may be offended by the adult content within this site, please Leave and enjoy the rest of your surfing.

We warmly welcome you to browse our directory. This resource is meant to help you to find whatever adult product you are looking for. From sex toys to adult films, we’ve got you covered.

New items are added almost weekly, so feel free to come back even though you might not find the product of your needs today. We wish you a good read.